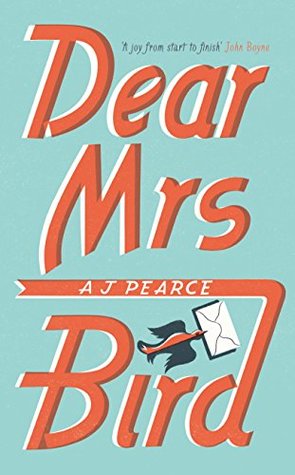 This book was like a large helping of jam tart and custard: warm, sweet and straight out of 1940s Britain. I’m going to open boldly by saying that this is one of my absolute favourite books I’ve read this year – so be prepared for lots of gushing in this review!

Dear Mrs Bird introduces us to Emmy Lake, a twenty-something living in London in the early 1940s who aspires to become a journalist (namely a War Correspondent). When she spots an advert in the paper for a job at the London Evening Chronicle, she’s certain this could be the first step towards a glittering journalism career – but, neglecting to ask about the finer details, she instead finds herself typing up responses to letters for the formidable Mrs Henrietta Bird, long-standing agony aunt at Women’s Friend magazine.

The novel is written in first person, which made me a little apprehensive at first – but by a few pages in, I could tell this was the perfect format for Emmy’s story. A.J. Pearce’s use of 1940s British slang is faultless, allowing Emmy’s colourful character to come to life on the page.

I loved Emmy’s energy and determination – but I also loved the more flawed aspects of her character, making her a very rounded protagonist. Her tendency to dive headfirst into making decisions without stopping to think things through lands her in all sorts of trouble, often with hilarious consequences.

It’s worth noting that Dear Mrs Bird isn’t particularly an action-packed novel – its merit lies in the colourful cast of characters and lovely pieces of historical detail woven in throughout. We accompany Emmy along to her nightly volunteer work at the fire station, and on evenings out to the cinema despite the ever-present risk of an air raid. I really felt like I’d stepped back in time to London in 1941, finding myself living and breathing each moment along with the characters.

Emmy’s upbeat personality gives this novel a lighthearted, humorous feel, but it is not without its darker moments. The harsh reality of the Blitz is explored with heartbreaking consequences, demonstrating A.J. Pearce’s ability to move the reader as well as inducing laughter. At certain points I wanted nothing more than to dive into the book and give the characters a great big hug!

Dear Mrs Bird is a warm, touching novel which completely captured its setting and brought it to life. I’m so impressed that this is a debut novel, and am very excited to see what A.J. Pearce writes next!

5 thoughts on “Review: Dear Mrs Bird by A J Pearce” 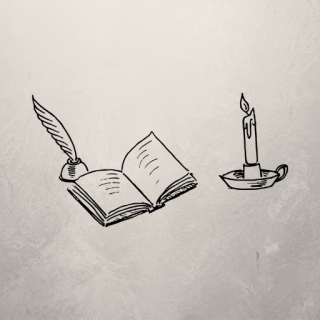